In 2017, Emily Allchurch began an exciting new collaboration with Karin Weber Gallery in Hong Kong. An Arts Council England/British Council ‘Artists’ International Development Fund’ Award enabled her to travel to Hong Kong in November 2017 for her first solo show with KWG, ‘Then is Now’. At this time she collated a vast image library of photographs from Hong Kong Island, Kowloon, and the New Territories, which she then used to create Babel Hong Kong, and Solitary Temple: Hong Kong, which launched to great acclaim at Art Central HK in 2018 and 2019 respectively.

KWG arranged meetings and guided tours with with local artists and academics which gave Allchurch invaluable insight into the challenges facing Hong Kong residents (lack of space, inequality of wealth, housing shortage, and pollution), all of which helped to inform her experience and ensure a relevant narrative in the resulting works.

Babel Hong Kong adopts the ‘Tower of Babel’ motif by the c16th Flemish painter Lucas van Valckenborch to depict a lively modern metropolis, whilst also paying homage to traditional Chinese painting techniques and compositional devices, exemplified in the shading of the distant mountains and the inclusion of numerous pathways to aid the traveller. Solitary Temple: Hong Kong draws inspiration from Song Dynasty landscape painting, in particular Li Cheng’s ‘A Solitary Temple amid Clearing Peaks’ (c.960), to present the more bucolic qualities of Hong Kong, which appear equally integral to its identity. Both works take the viewer on a journey from a leafy foreground and coastline, to the densely packed metropolis with commercial and residential properties jostling for position, whilst big corporations and the well-heeled seemingly rise above the pollution, and the clouds.

In 2019, Emily Allchurch received an Arts Council England ‘Developing Your Creative Practice’ Grant to enable an extended period of travel and research in Mainland China and Venice; the start and end of the Silk Road. This collection of work, Mirrored Cities, remains rooted in her signature link to historical artworks, in particular c16th Venetian narrative painting and Chinese Court painting, yet also draws inspiration from literary sources, most notably Italo Calvino’s ‘Invisible Cities’ (1972).

The series explores parallels between the ancient trading port of Venice, and historical and contemporary counterpart locations in China, such as Shanghai, Suzhou, Tianjin and Fenghuang and Xi’an in its exploration of themes such as globalisation, mass tourism and trade. There is a strong focus on symmetries and synergies, rather than contrasts and differences, between historically ‘Western’ and ‘Eastern’ locations. Allchurch says now that she could never have imagined, when she embarked on this project in March 2019, how uncannily poignant this subject matter would become one year later amid the COVID-19 pandemic; her work capturing a moment in time, just before everything changed. She was grateful to receive further financial support from Arts Council England through the Emergency Response Fund in spring 2020.

“I feel so privileged to have had the opportunity to travel so extensively in Mainland China and Venice in 2019 and it has been a wonderfully restorative process to be able to work everyday during lockdown with the over 40,000 images I took there. My thoughts have often turned to the people I photographed last year, in cities so far away, and how much their circumstances must have changed during the subsequent year.”

Mirrored Cities I & II are reflections on, and of, three ancient water towns: Venice, Suzhou and Fenghuang. The compositions are inspired by Italo Calvino’s description of the city Valdrada in Invisible Cities. In the book, Marco Polo describes Valdrada to Emperor Kublai Khan as ‘two cities: one erect above the lake and the other reflected, upside down… Nothing exists or happens in the first Valdrada that the other does not repeat… every face and gesture is answered in the mirror.’

Mirrored Cities I (2019) depicts the ancient water town of Fenghuang, in Hunan Province, with Venice forming its reflection in the water. Although separated by 5,000 miles, the two cities have much in common. Fenghuang’s riverside settlement of houses built on stilts, temples and narrow alleys, was also a prosperous centre of trade and cultural exchange. Today the town, like Venice, is a popular tourist destination, teeming with day-trippers and supported by an abundance of restaurants, bars, hotels and tourist boats.

Mirrored Cities II (2019) presents a canal-side view of Venice, with its characteristic Venetian Gothic architecture, and international tourist scene. Local workers, along with banners denouncing the over-tourism of the city, are reminders that, for a dwindling population, Venice is still home and not a theme park. Reflected in the water, is its twinned city of Suzhou, on China’s Grand Canal, in Jiangsu Province. A city with 2,500 years of history, it is famed for its canals, culture and ancient gardens, making it one of the most visited cities in China.

Italian Style Town (after Carpaccio) (2020), is based upon Carpaccio’s ‘The Disputation of St. Stephen’ (1514), from the Pinacoteca Brera in Milan. The composition, with its clearly delineated foreground and background setting, lends itself perfectly to a contemporary juxtaposition of Venice with the 19th century Italian Concession in Tianjin, Hebei Province. A 16th century Palladian portico in Venice leads you through to Marco Polo Square in Tianjin. Built by Italian architects in 1902, the resulting architecture in the concession is a fascinating pastiche that comes with the patina a century bestows. Created before the Covid-19 pandemic, the piece is an exploration of former trade links and modern-day tourism in both places.

In stark contrast, The Lion & the Phoenix (after Carpaccio) (2020), which recreates Carpaccio’s ‘Healing of the Possessed Man’ (1496), from the Accademia Gallery in Venice, presents an empty setting, devoid of people – a direct response to being made during the peak of the Covid-19 pandemic and subsequent global lockdowns. Carpaccio’s bustling portrait of life around the Rialto Bridge is exchanged for a photomontage of Venice and Fenghuang (often cited as the ‘Venice of the East’) on opposite sides of the water. In both cities the shutters are down, tables and chairs are stacked, and tourist boats tied up. Draped from a Venetian balcony is the now emblematic rainbow banner, Andra Tutto Bene, (Everything will be OK). The title of the piece refers to the symbol of Venice, the Lion, and the symbol of Fenghuang, the Phoenix, the latter offering a suggestion of hope, that, just like the immortal mythological bird that cyclically regenerates, so we too will re-emerge from this challenging period.

With a theme of global consumerism, Venezia Land (after Bellini) (2020), reworks Gentile Bellini’s ‘Miracle at the Bridge of San Lorenzo’ (1500), from the Accademia Gallery in Venice, to present Venice on one side of the Grand Canal, mirrored by a modern luxury designer outlet near Tianjin in Northeast China, built to resemble a Venetian streetscape, on the other. In an unnerving juxtaposition of the genuine and the artificial, the boundary between the two becomes blurred, as consumers freely cross from one side to the other, in pursuit of the very same designer brands. The diptych, Leonia I and Leonia II (2020), explores a similar narrative.

Along the Road (after Zhang Zeduan) (2020) recreates the final section of the famous 12th century hand scroll, ‘Qingming Shanghe Tu / Along the River during the Qingming Festival’, attributed to Zhang Zeduan, from the Palace Museum in Beijing, which depicts the commercial heart of the city, accessed through a monumental gate. Setting her homage in modern-day Xi’an, once the eastern departure point of the Silk Road, and a melting pot of cultures and religions, Allchurch presents an everyday street scene in isometric projection. Reading right to left, as in traditional Chinese hand scrolls, the unfolding narrative references the Covid-19 global pandemic, with busy streets and groups of tourists in the opening sequence giving way to the deserted roads and closed shops of lockdown, followed by the gradual re-opening, to a new socially distanced normal of queuing and face masks. 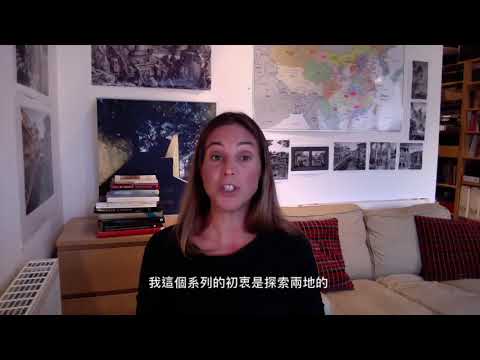 An Introduction to 'Mirrored Cities' 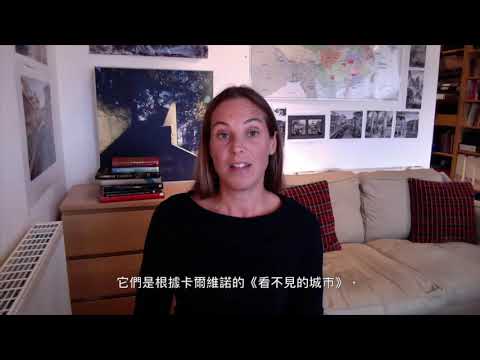 The Making of 'Mirrored Cities I & II' 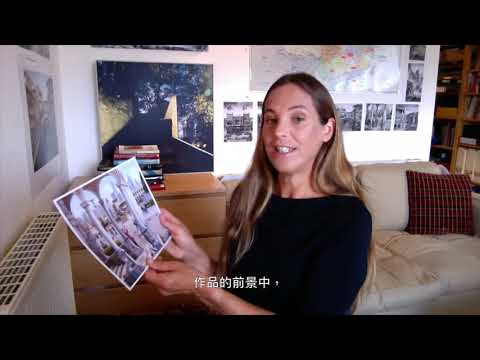 The Making of 'Italian Style Town'

The Making of 'The Lion & The Phoenix' 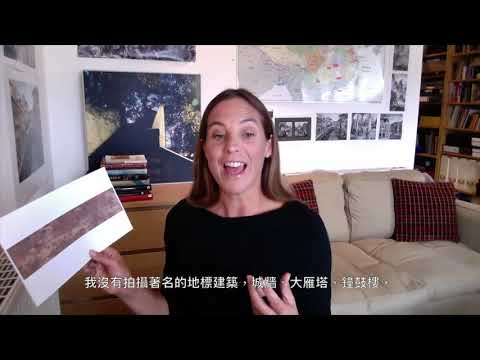 The Making of 'Along The Road'

For more information on the series: Mirrored Cities – Description of Works.pdf >